A Lindsay Family Story: An Informal and Selective Chronicle of a Scottish Clan across Four Continents and Nine Centuries 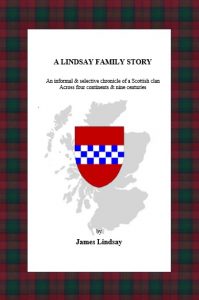 It chronicles activities of the Lindsays since the arrival on these shores, with William the Conqueror, of Gilbert of Ghent, now generally accepted as the first British Lindsay.  The Lindsay role is described in politics, diplomacy, warfare, bibliography, religion, art, farming, industry and science, across four continents and nine centuries.  The book has been edited by Christopher Arnander.

The images below show:-  Sir David Lindsay duelling in mortal combat with Lord Welles on London Bridge; Lady Anne Barnard, author of the ballad Auld Robin Gray and a legendary figure in South African history; and below, the 27th Earl of Crawford as Chancellor of Manchester University. 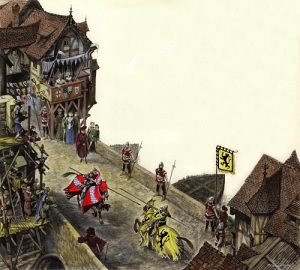 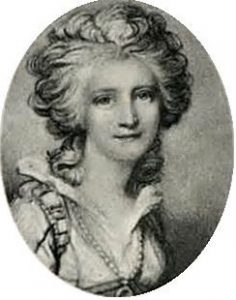 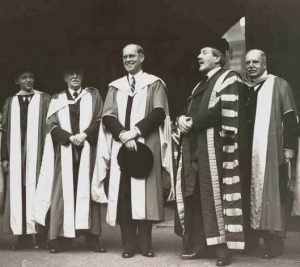