The 2016 Gathering started at The Grapes Hotel, Newcastleton; the home of the annual Newcastleton Folk Festival. The hotel provided a warm welcome and a fabulous lunch before a presentation was made to the retiring Chairman and Secretary, John and Anne Lindsay. John and Anne have contributed years of time and effort to help run the Clan Lindsay Society and our Chief, the Earl of Crawford, ensured they were recognised with a beautiful engraved silver wine bottle holder. 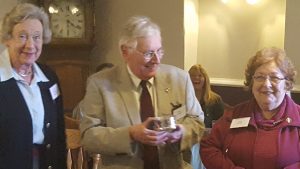 The Hon. Mrs Jean Lindesay-Bethune presents a gift to John and Anne Lindsay in recognition of their long service to the Clan Lindsay Society

Following a brief history of Hermitage Castle from current Chairman Scott Lindsay, the Gathering moved on to the historic and menacing semi-ruined castle. We were met by our friendly guide, who allowed us to wander the castle and grounds, explaining some more of the history of the castle and the characters associated with it.

The wet weather wasn’t enough to dampen spirits and after a thorough exploration of Hermitage Castle and grounds, the Gathering returned to The Grapes for afternoon tea. The social activities then continued into the evening, when we were joined by local folk singers for a laid-back, all-inclusive musical night of entertainment. Members were encouraged to stand up and display their talents and we weren’t disappointed!

Check out the photographs below and see if you recognise any faces. We’ll be announcing the 2017 Gathering details soon – make sure you join us! 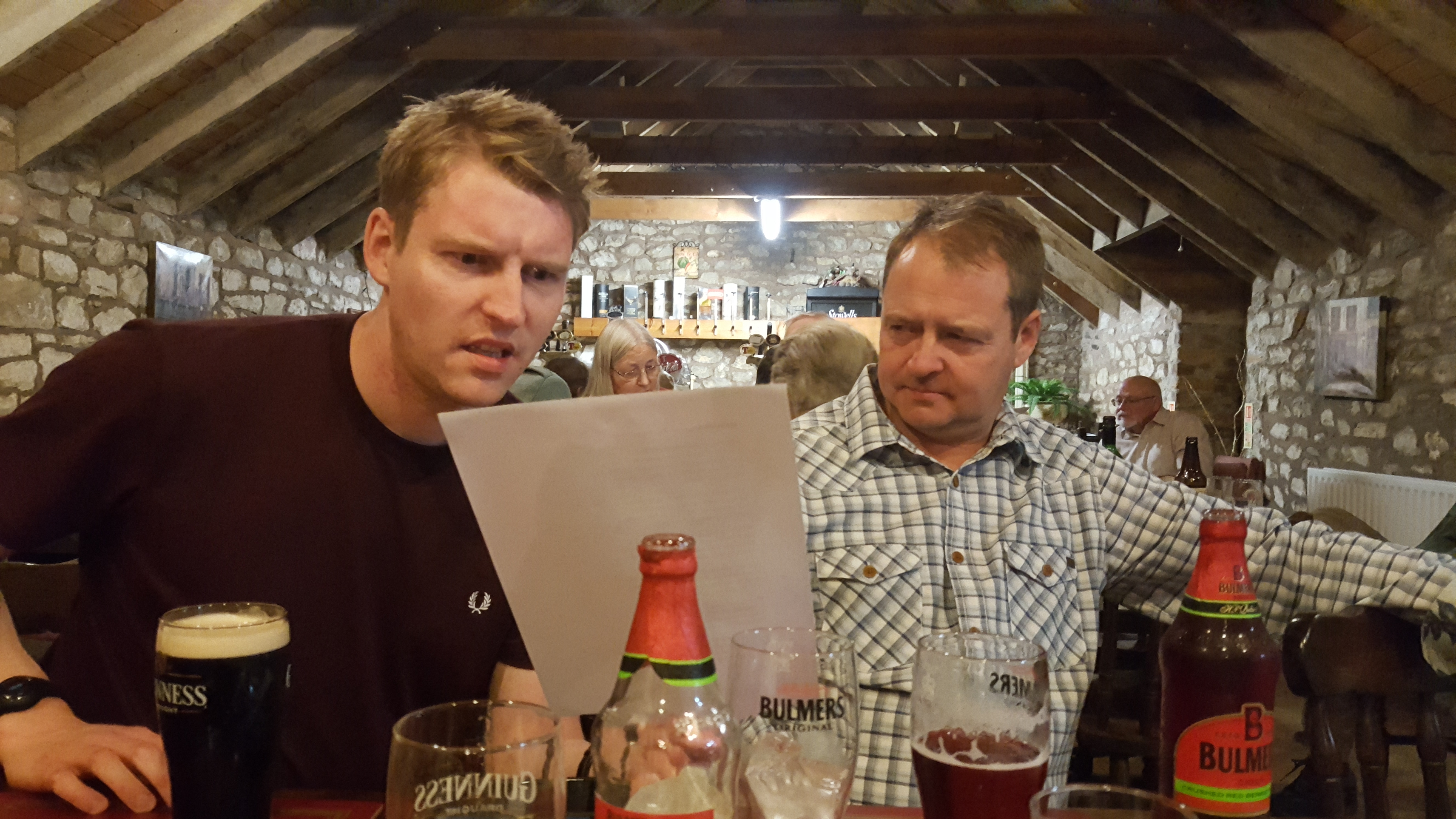 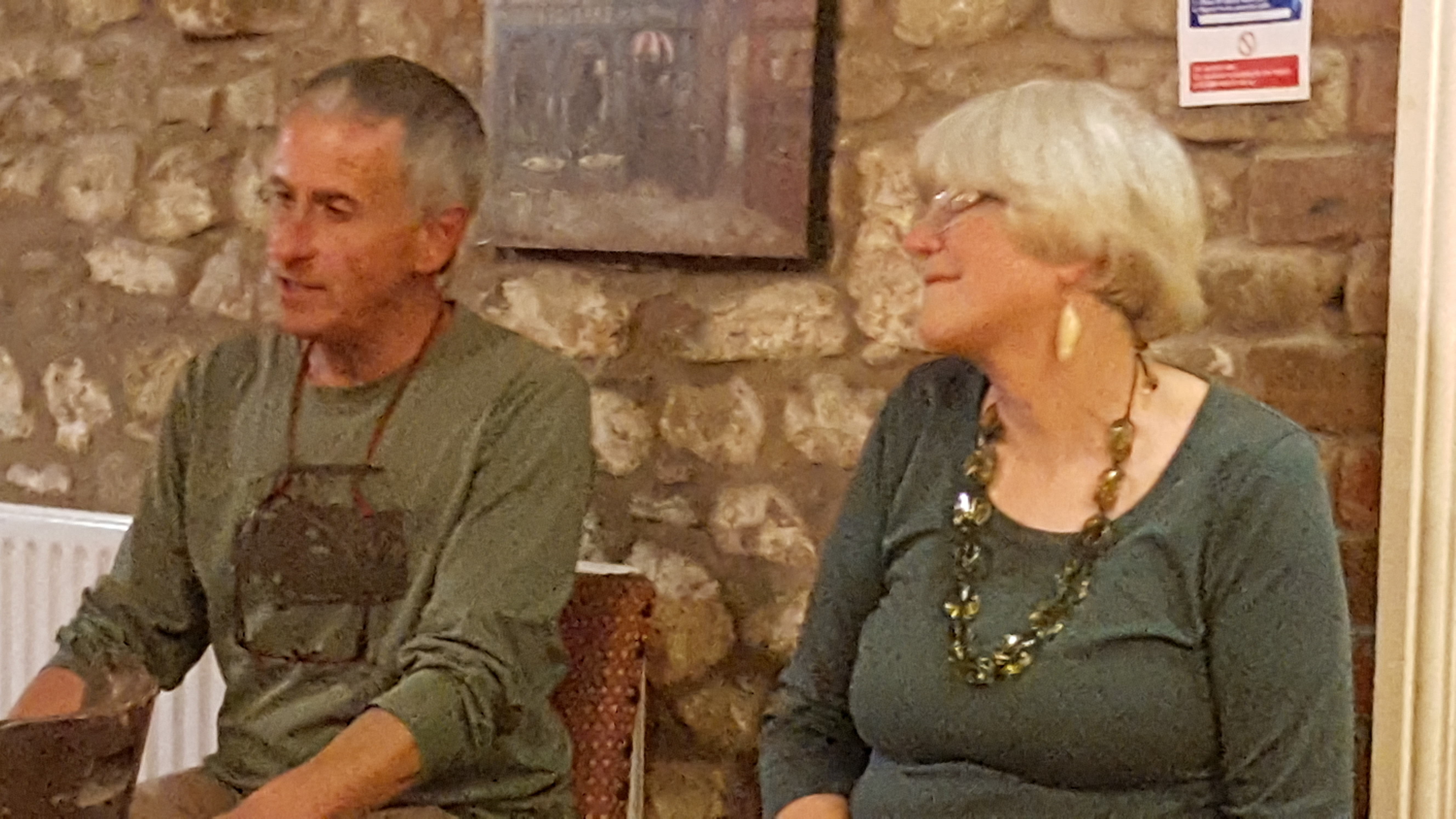 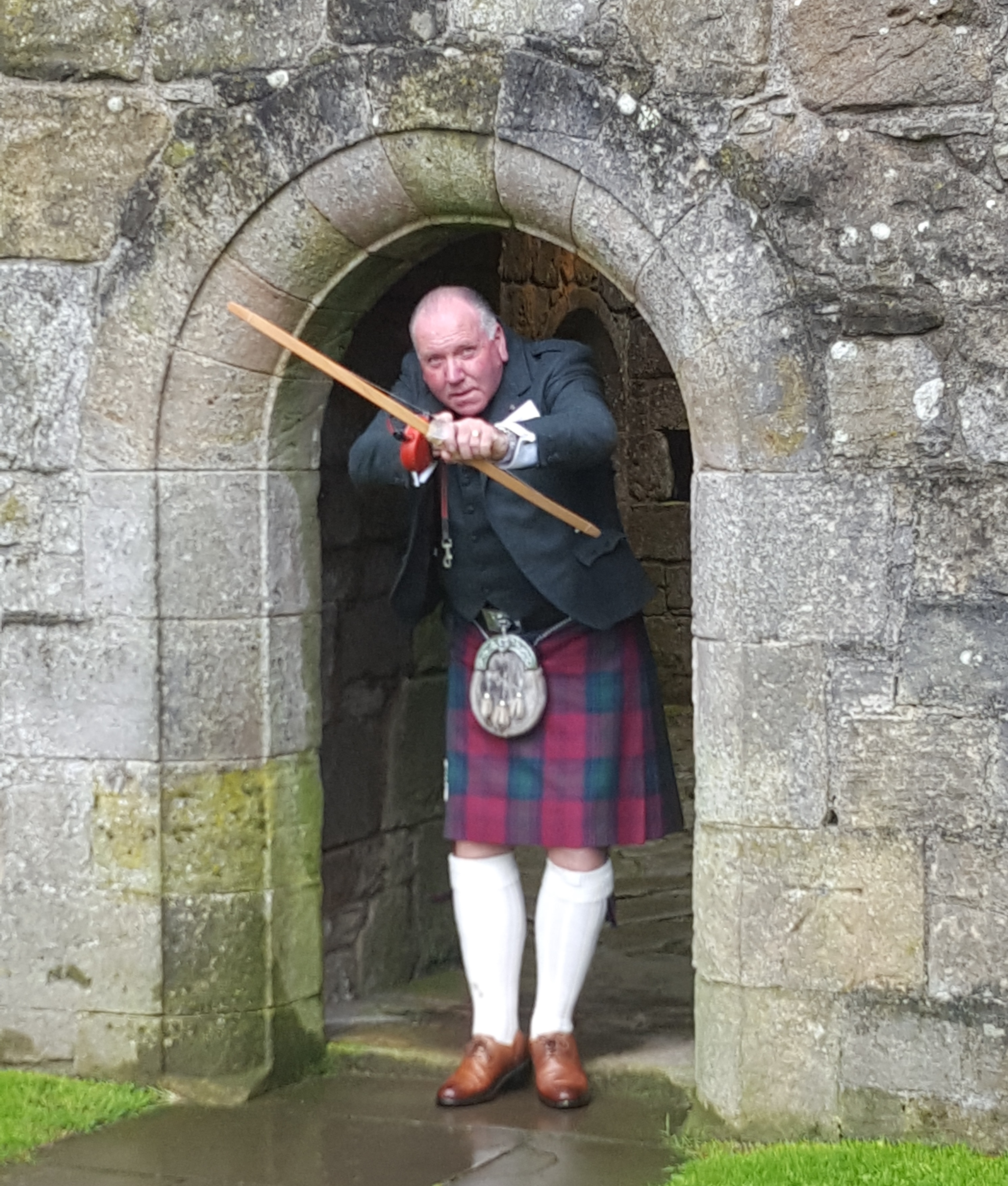 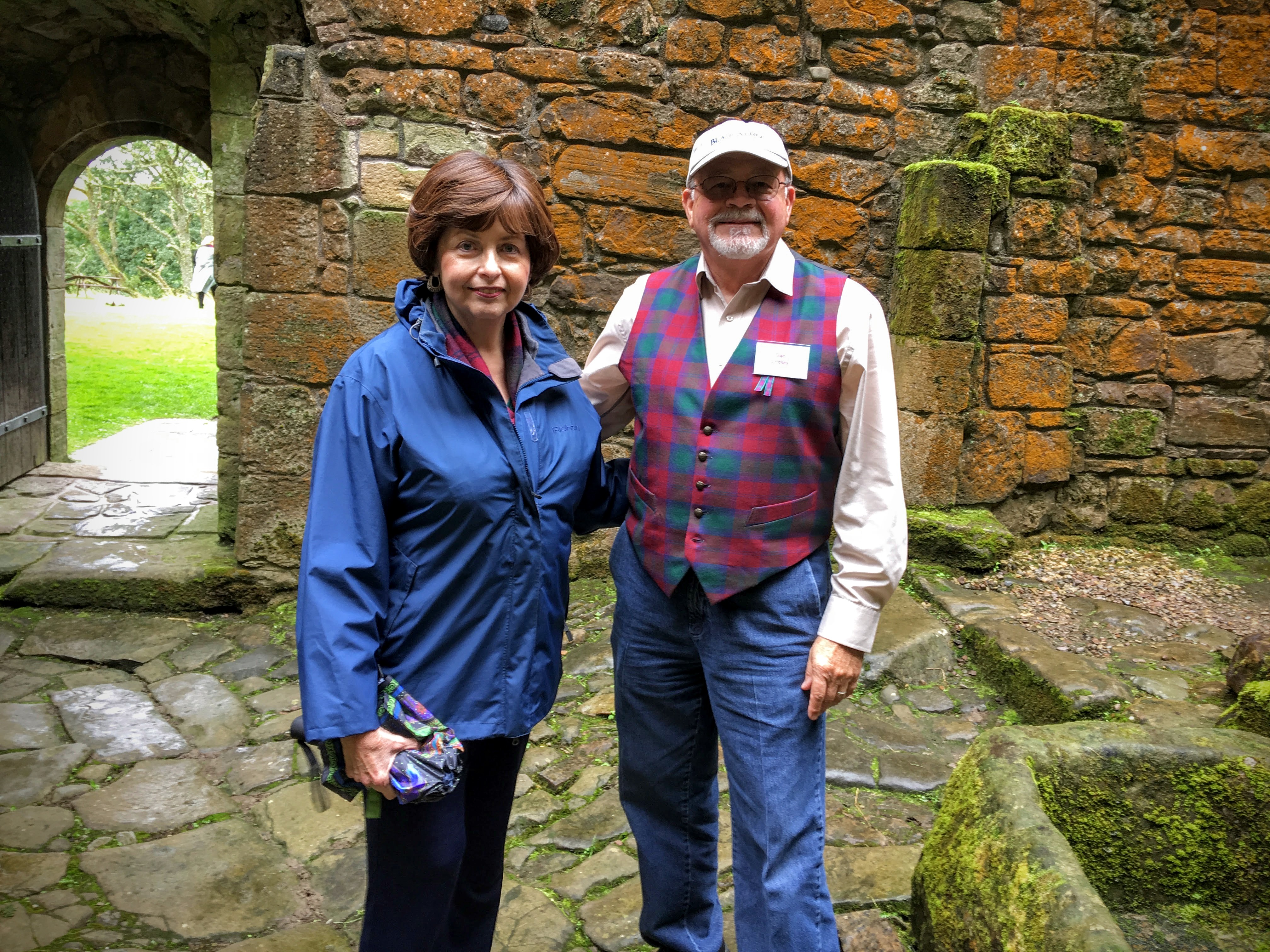 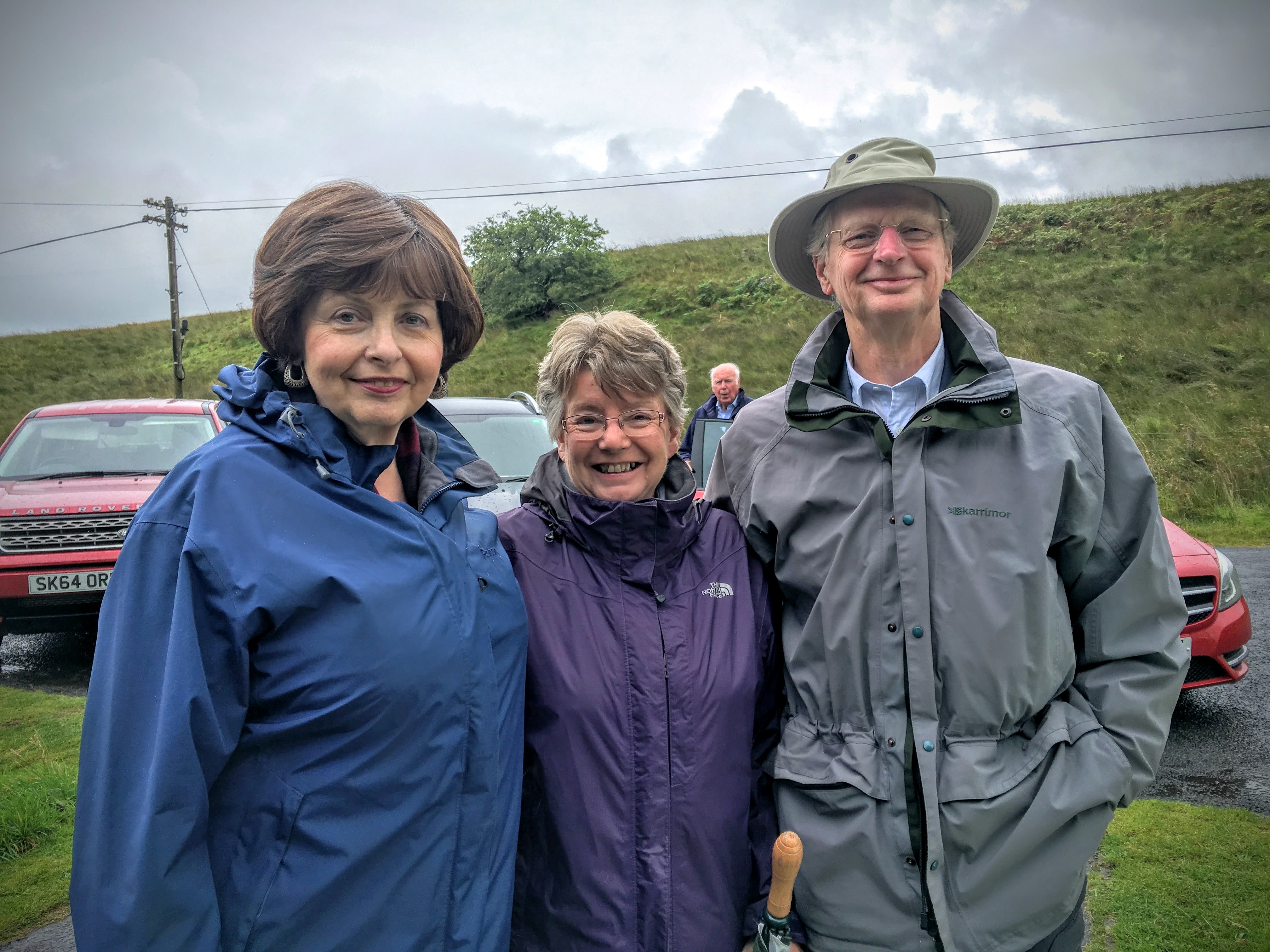 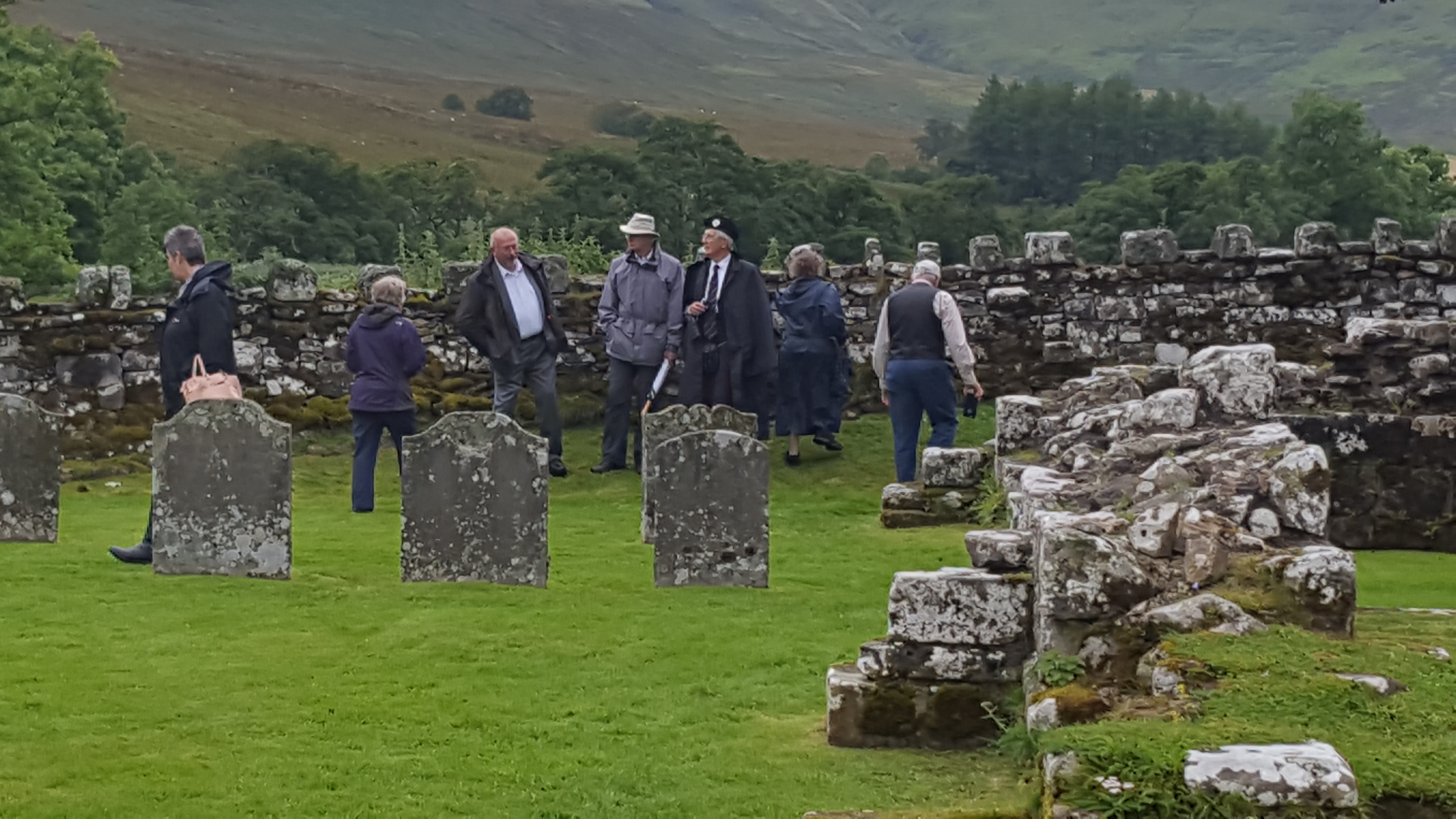 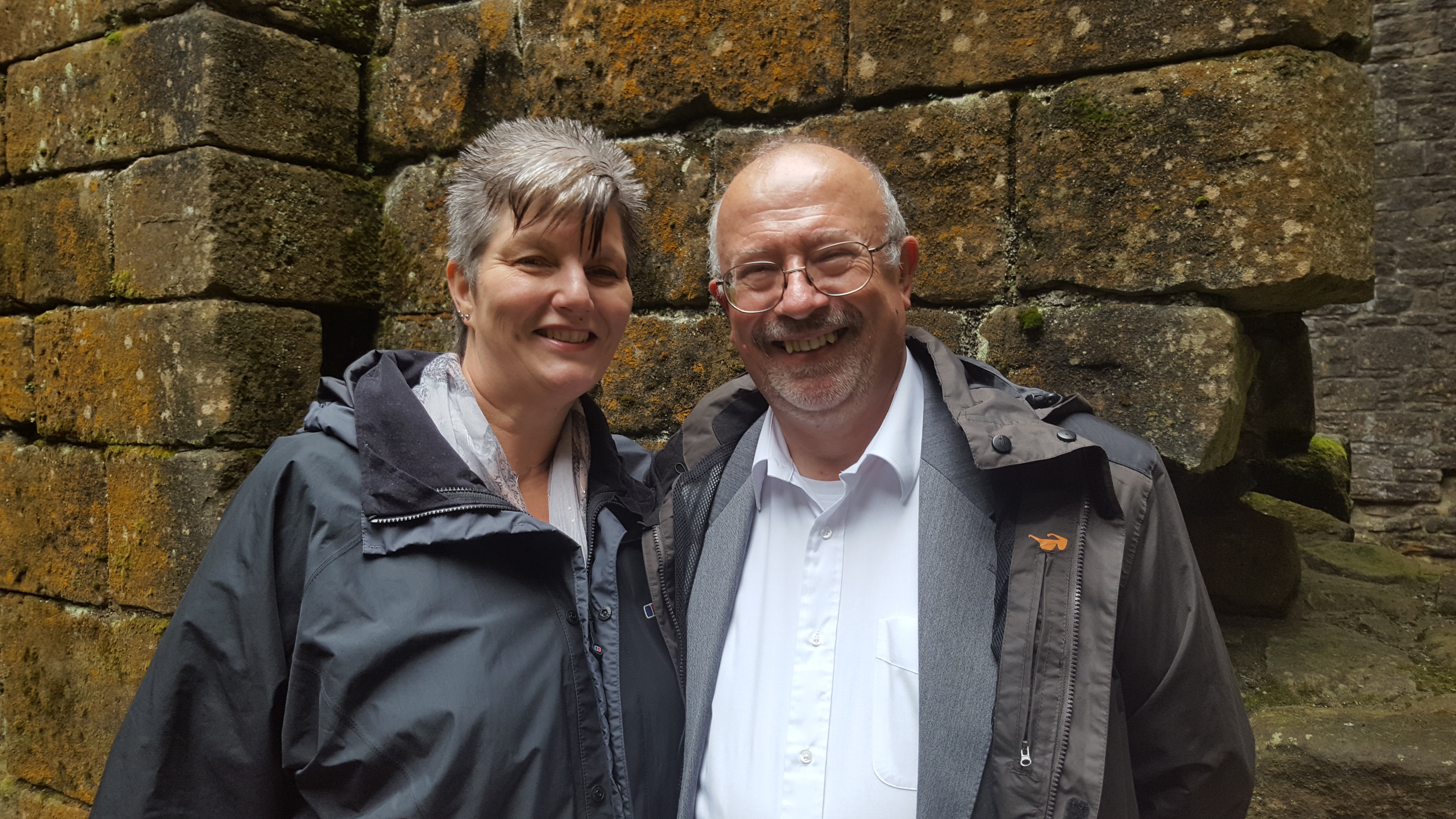 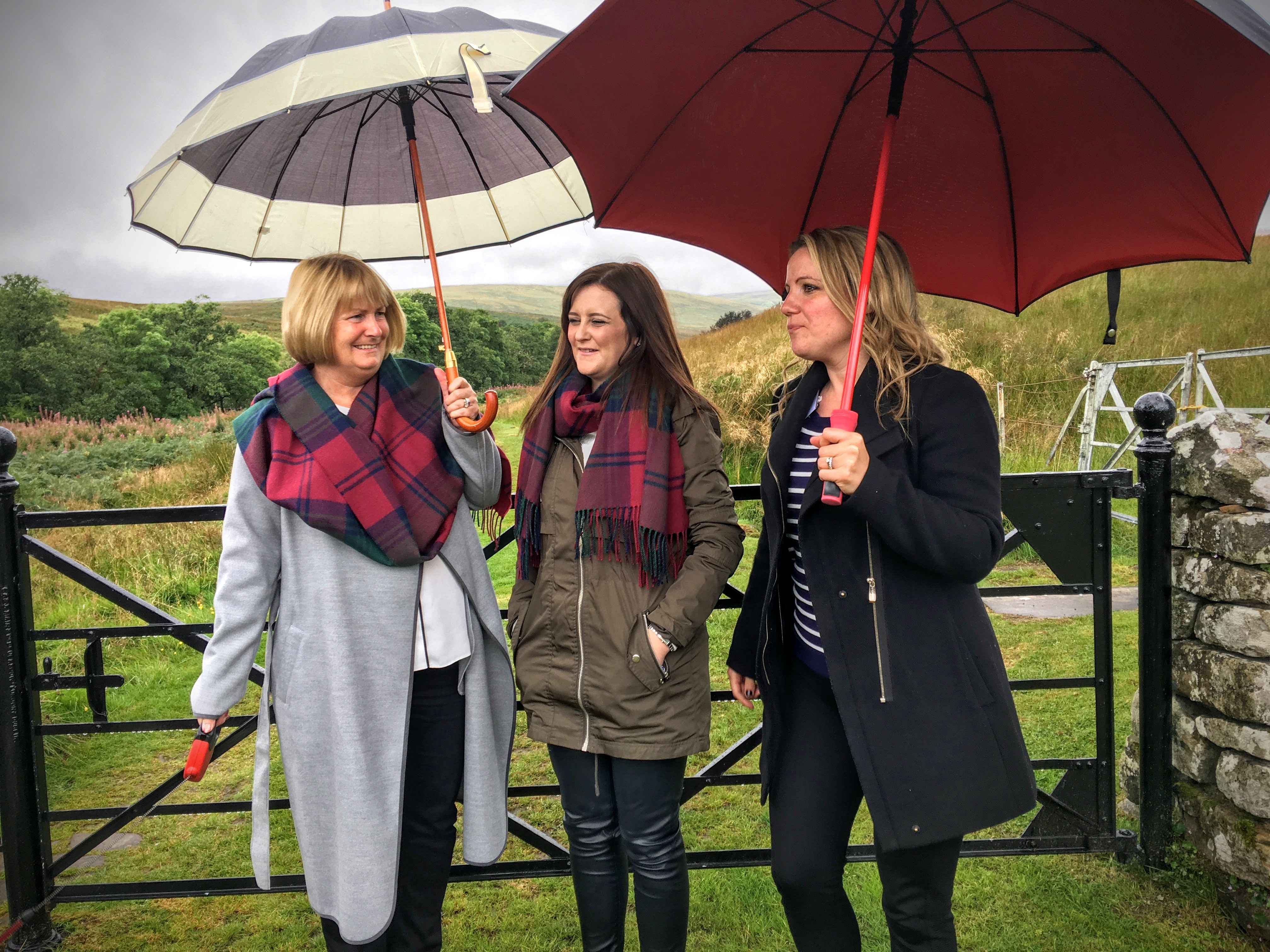 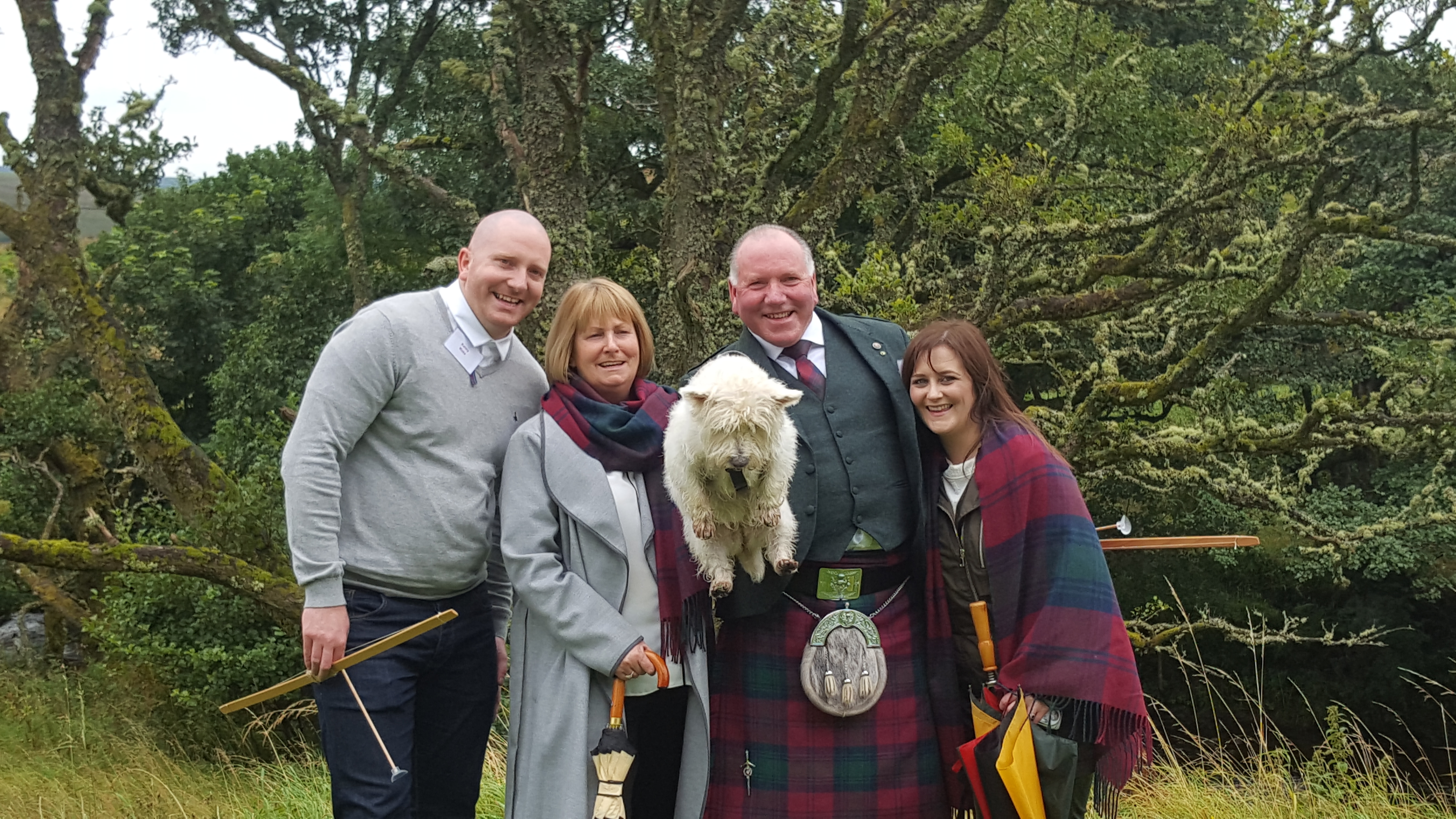 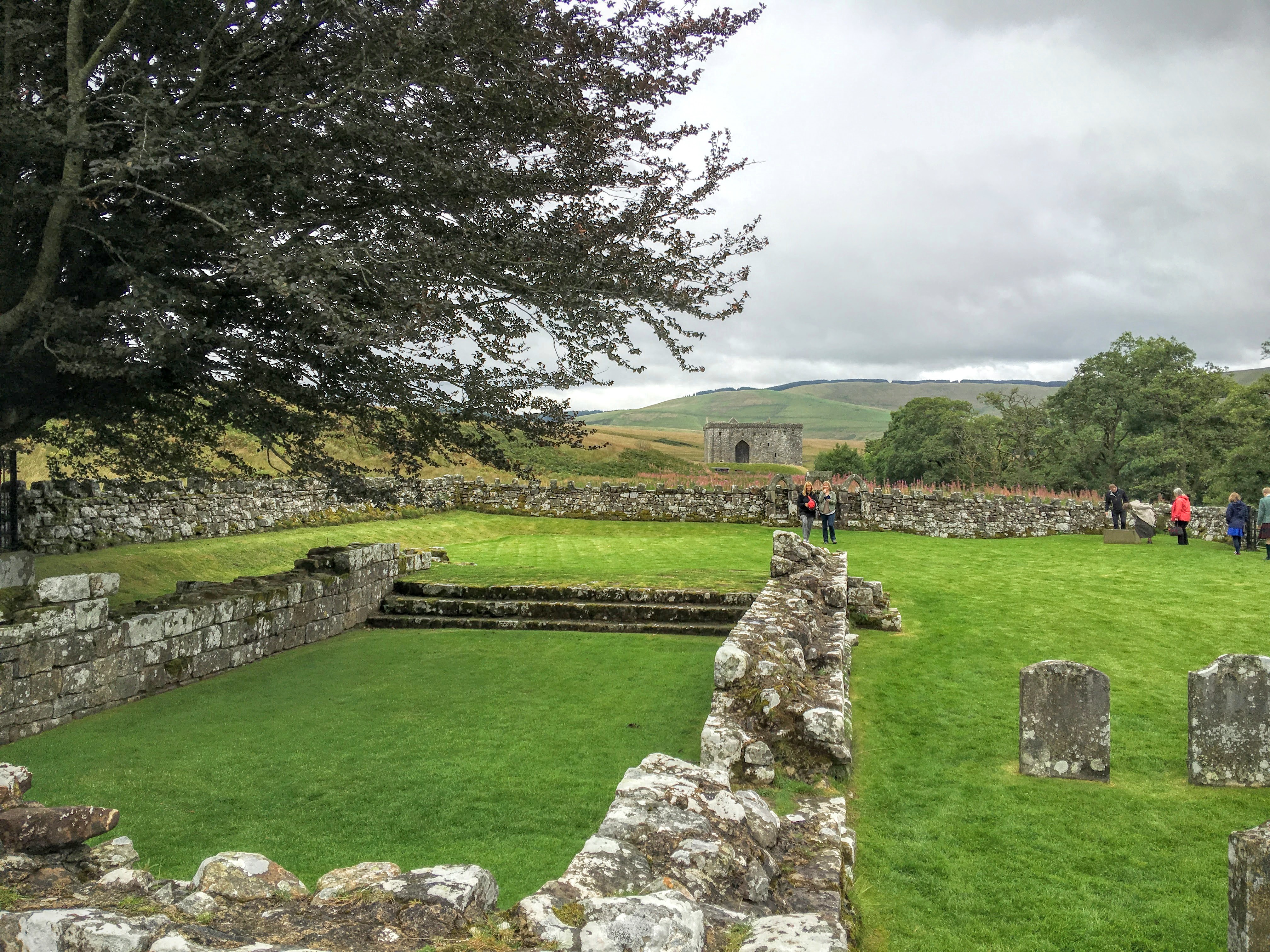 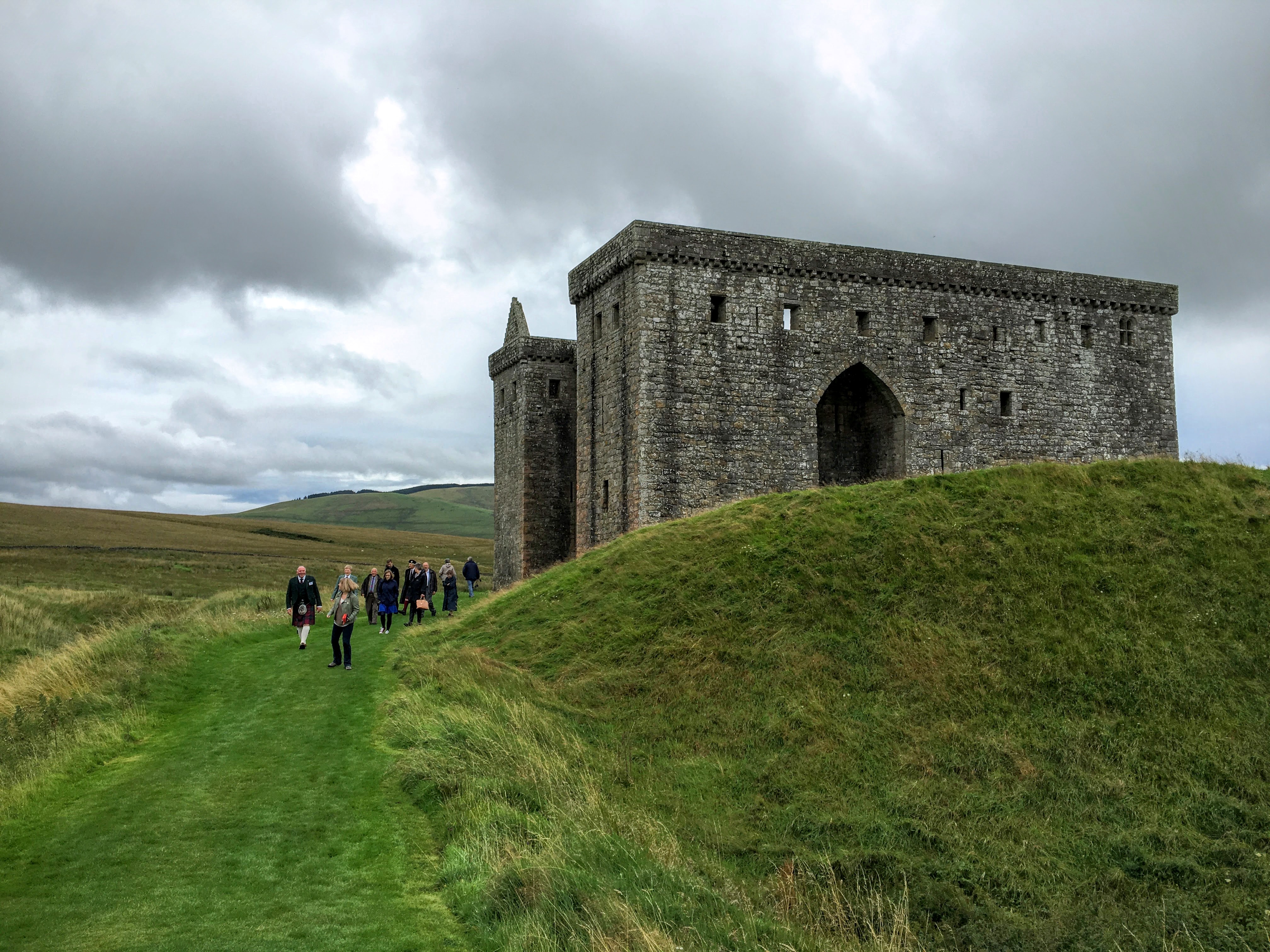 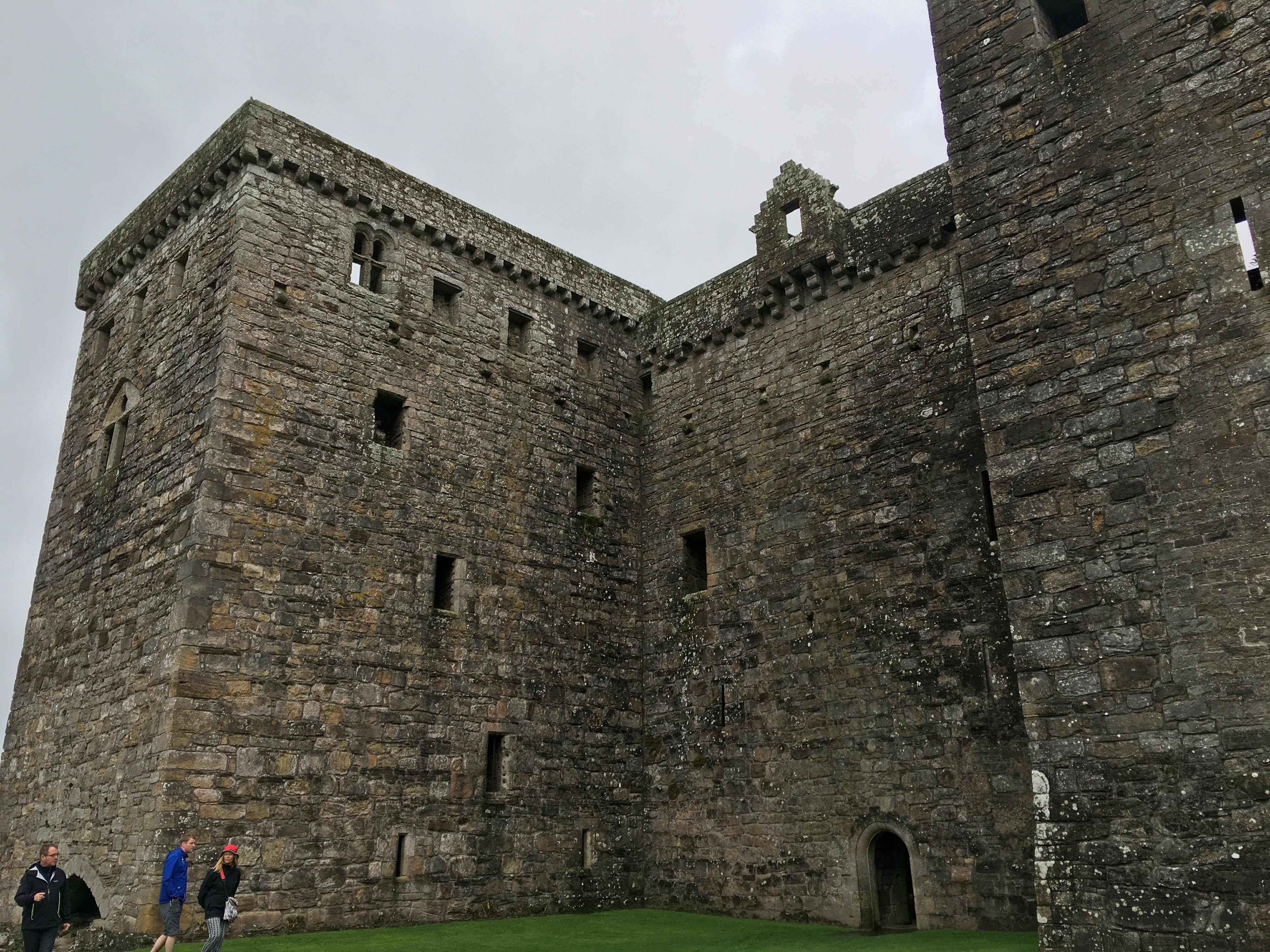 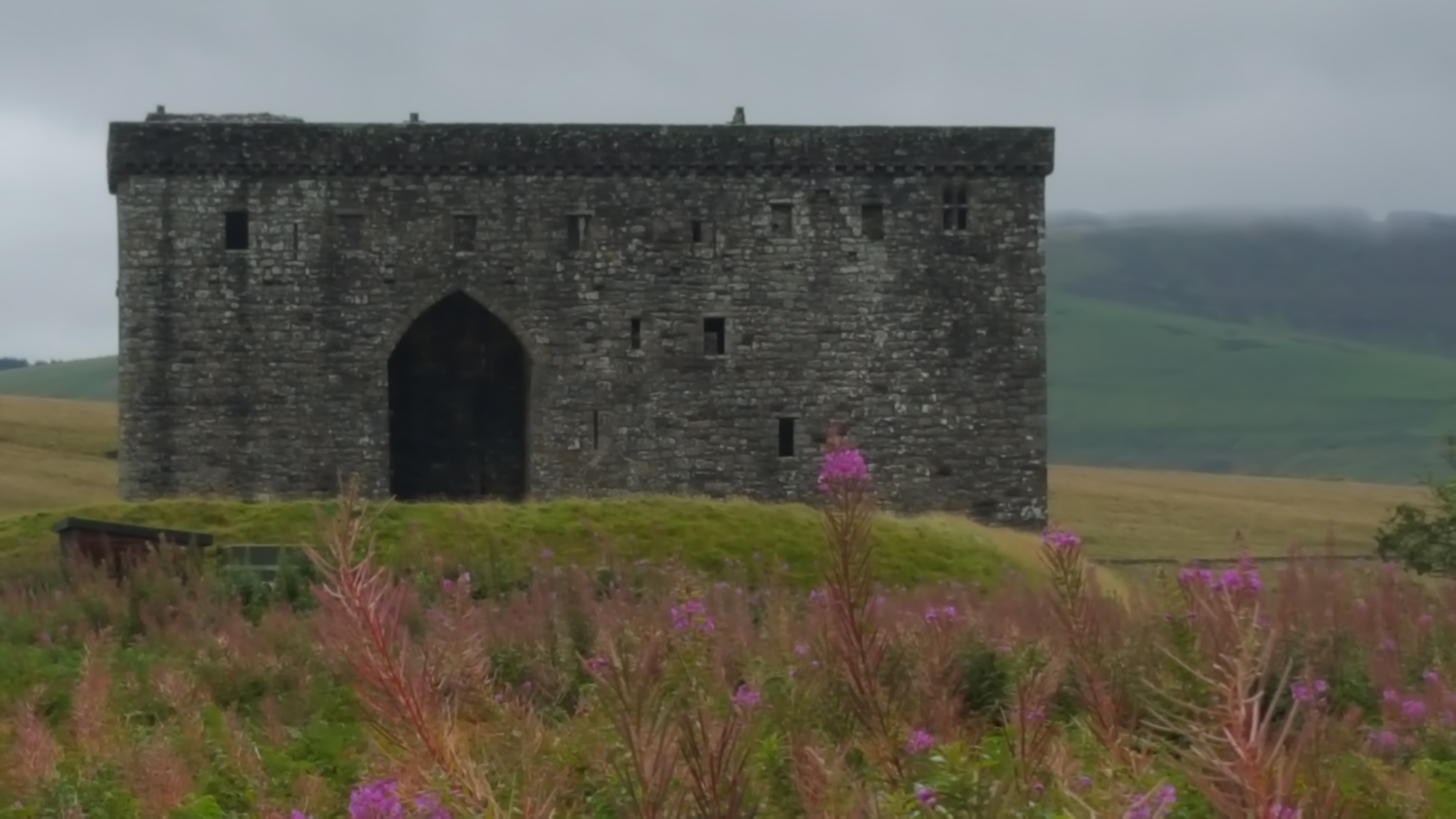 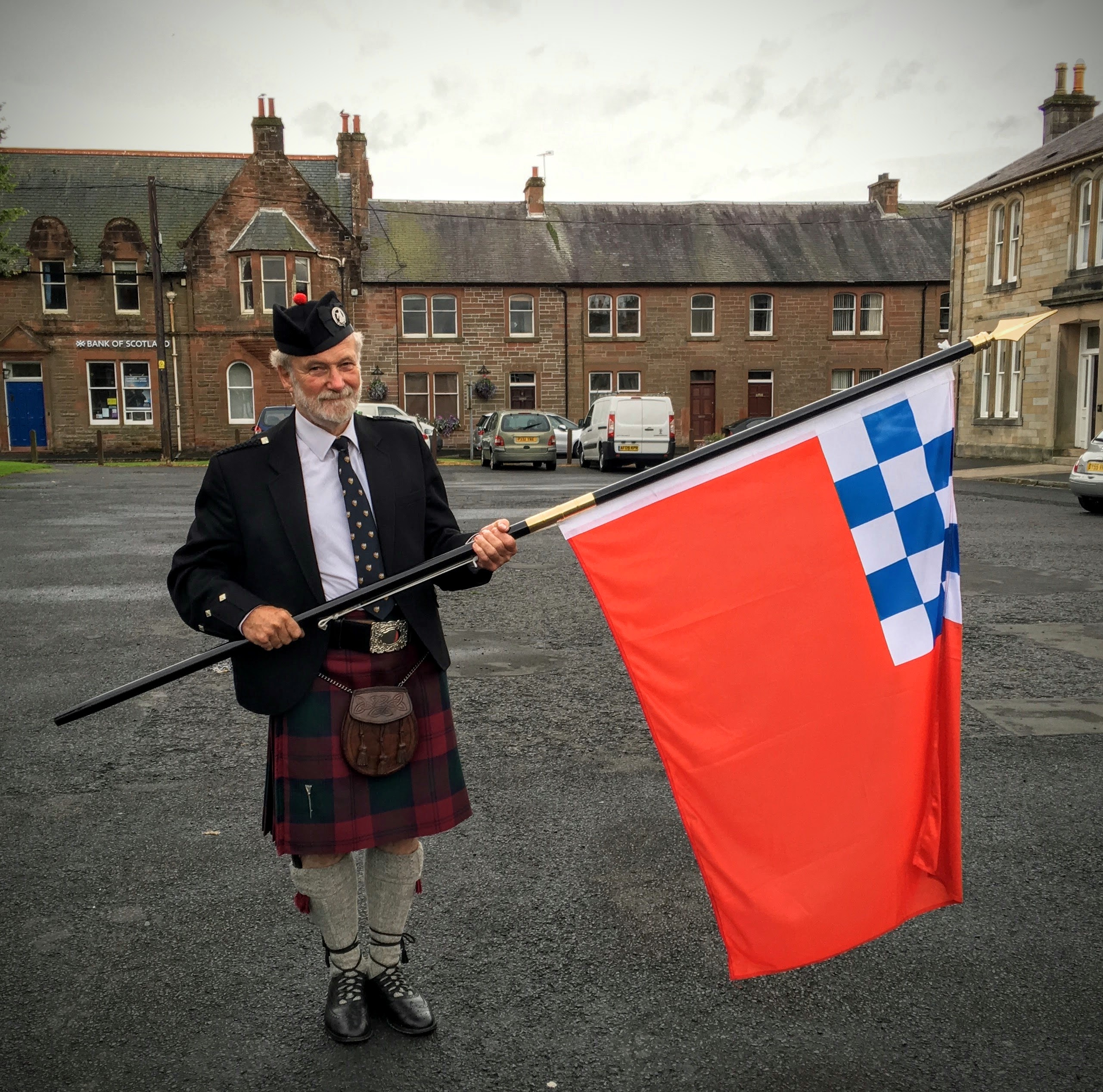 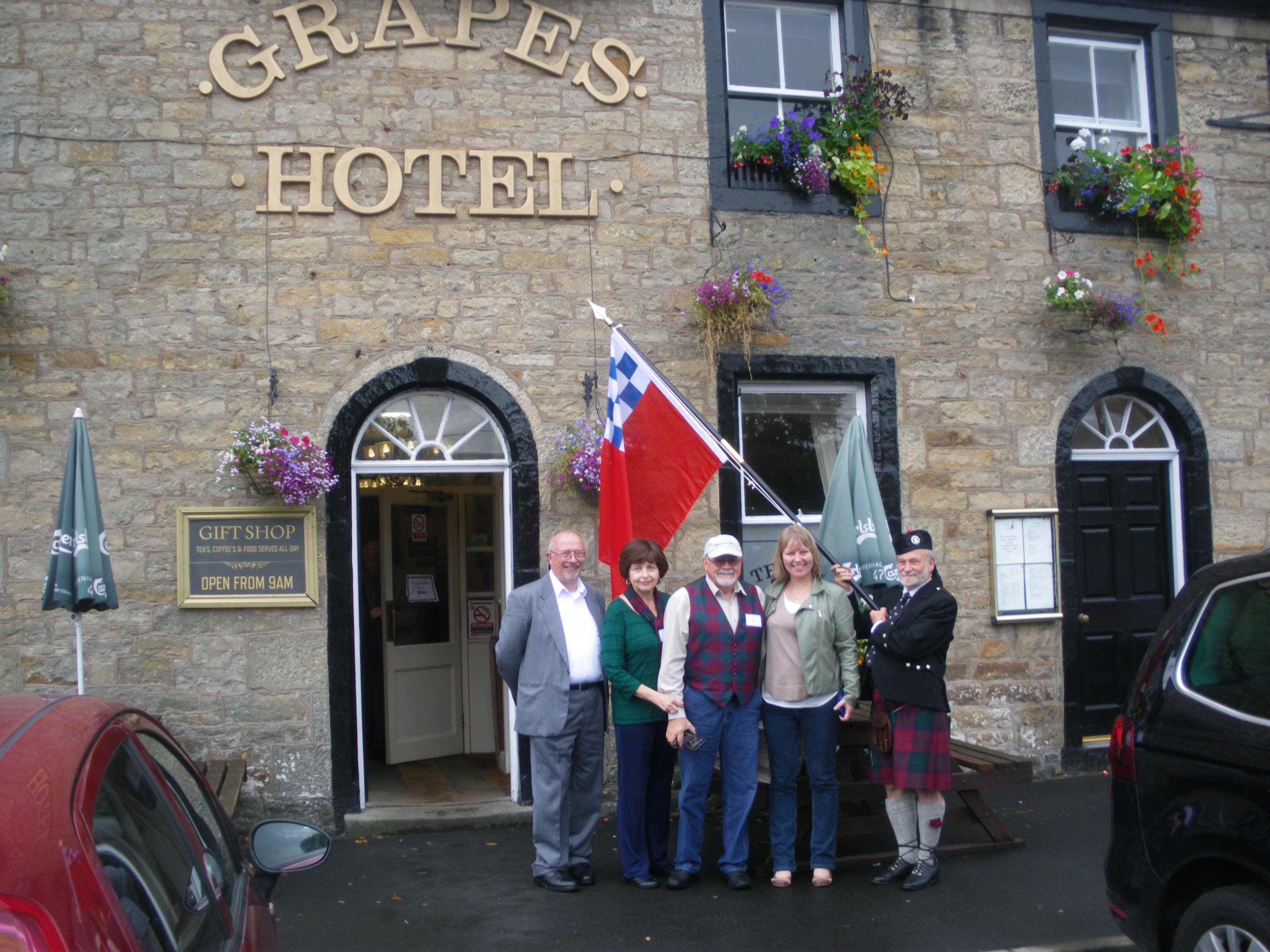 The Gathering this year will be held in Liddesdale

Lunch will be served at the Grapes Hotel, Newcastleton

This will be followed by a visit to Hermitage Castle 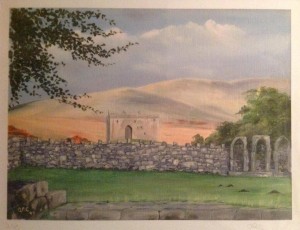 Lindsay connections to the region date back to the 13th century when Sir Simon Lindsay, the son of Sir John Lindsay, Great Chamberlain to Alexander III, obtained the barony Wauchopedale where he established his seat at Wauchope Castle about a mile west of Langholm beside Wauchope Water. He was appointed guardian of Hermitage Castle in 1300. Anglo-Scottish wars of the period resulted in Liddesdale being under English sovereignty at that time; hence his appointment was by Edward II who made him in effect Warden of the Western Marches. At the Battle of Bannockburn in 1314, being on the defeated side, Sir Simon was unfortunately taken prisoner by King Robert the Bruce. Liddesdale reverted to Scottish rule and Sir Simon not only lost the guardianship of Hermitage Castle, but his lands in Wauchopedale also.  He was later released on negotiation of a ransom by his brother John, a priest, and a generous Bruce subsequently restored the Wauchopedale lands to his son, Sir John Lindsay, in 1321 for services to the Scottish Crown. The Lindsays continued to hold sway there until the early part of the 18th century.

Sadly, nothing now remains of Wauchope Castle except the earthworks, which are well preserved.

Hermitage Castle lies in an attractive and sheltered location in the upper reaches of Liddesdale about 7 miles from Newcastleton. It is well maintained by Historic Scotland. The original timber construction of Sir Simon Lindsay’s time was replaced by a stone structure around 1360 and subsequently developed and expanded to form much of what we see today by William, 1st Earl of Douglas when he became Lord of Liddesdale in 1371.

Newcastleton, founded in the 1790s by the Duke of Buccleuch, is a picturesque and well laid out village of around 800 inhabitants. After the castle visit, we will return to Newcastleton, to the Grapes Hotel, for afternoon tea before dispersal.

Payment may be made by bank transfer – contact admin@clanlindsaysociety.co.uk for details

Cheques should be made payable to The Clan Lindsay Society and sent to the Treasurer: 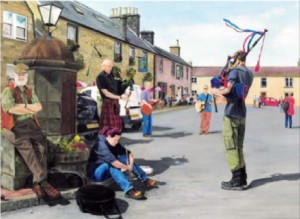 Soup of the Day served with crusty bread

Traditional Roast Beef with all the trimmings

Chicken stuffed with Haggis wrapped in Bacon served  on a bed of mashed potatoes, covered in a creamy whisky sauce

Please advise your attendance and menu choices by email to admin@clanlindsaysociety.co.uk   or by post to: