A Sterling Gathering at Stirling!

The annual Gathering is the highlight of the Clan Lindsay Society calendar and this year was enhanced further when members of the American Clan Lindsay Association joined us as part of their Scottish tour.

We met in the MacLaren suite of the Stirling Highland hotel on September 6th for a substantial lunch under the protection of the Lindsay standard. Over coffee, Society Chairman John Lindsay welcomed the US guests and presented an engraved quaich to the President and Secretary of the American Association, John and Jackie Lindsay.

John and Jackie returned the tribute and presented John with a silver kilt pin made by a local Colorado silversmith. A similar pin was also gifted to the Earl of Crawford and accepted on his behalf by his grandson James. James also accepted the Certificate to the Master of Lindsay on behalf of his older brother Alexander.

We were delighted that two of our newest members, Jonathan and Srilata Turnill of Glasgow, joined us this year. We hope that they enjoyed their first Gathering and that they will return for many more.

Following lunch, members were piped up the hill to Stirling castle by Scott Lindsay, who made a heroic effort to climb such a steep gradient whilst playing bagpipes! A guided tour took us around the castle and we were able to view the Lindsay Arms in the restored Great Hall. We also had the opportunity to visit Argyll’s Lodging close by. This was the luxurious home of Archibald Campbell, 9th Earl of Argyll, who was married to Lady Anna MacKenzie, the one-time Countess of Balcarres. Lady Anna wrote extensively of her life at Balcarres in her memoirs, which can be downloaded here.

We finished the day with afternoon tea back at the hotel before wishing our American friends a fond farewell and a safe journey home. Our thoughts and plans are now turned to next year’s Gathering – when and where will it be? Watch this space!

Many participants at the Gathering admired the Lindsay brooches worn by some of our members and asked for purchasing details. The brooches were made to order by Joanna Thomson Jewellery in Peebles: (http://joannathomsonjewellery.co.uk/). These silver brooches include a Scottish smokey quartz, three Elie garnets and five cultured pearls. The price will vary depending on order numbers – contact Joanna directly for details. 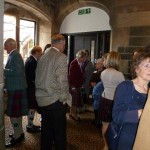 Attendees of the Gathering, gathering! 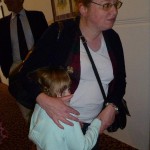 Some guests were a little bit shy to start with… 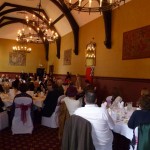 Lunch at the Highland Hotel 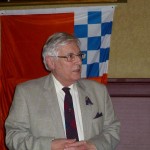 John Lindsay, Society Chairman, addresses the Gathering in front of the Lindsay Flag 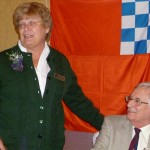 Secretary of the US Association, Jackie Lindsay, thanks John Lindsay, Chairman of the Clan Lindsay Society 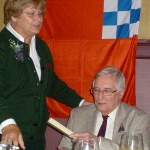 Secretary of the US Association, Jackie Lindsay, presents a gift to John Lindsay, Chairman of the Clan Lindsay Society 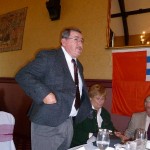 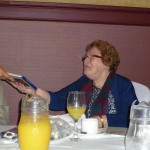 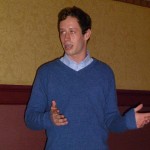 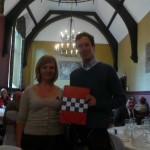 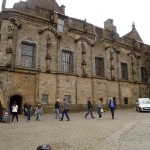 The Palace at Stirling Castle 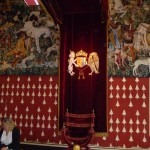 The Queen’s Room in the Palace 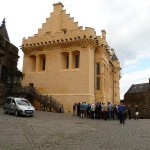 The Great Hall at Stirling Castle 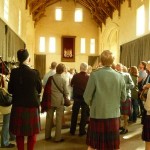 The Castle tour takes in the Great Hall

The 2014 Gathering will be held in Stirling on Saturday 6th September in accordance with the theme of the 700th anniversary of the Battle of Bannockburn in 1314.

The Board Members will meet at the Highland Hotel, Stirling at 11:00 am.

Following this, we will all ‘Gather’ at the hotel at 12 noon, where we will be joined by a party from the American Clan Lindsay Association for lunch. We’ll then visit Stirling Castle in the afternoon where we will be able to see the Lindsay Arms in the restored Great Hall, before returning to the hotel for tea.

It is hoped that this double Gathering will be an historic occasion on one of Scotland’s most important historic sites in the year of the 700th anniversary of the Battle of Bannockburn nearby.